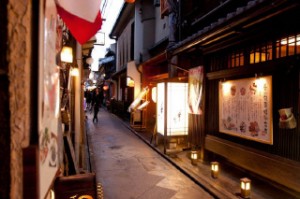 In my last post I announced that I was making myself available for a limited number of Mind-body Balance private classes, both personally and online.

Over years of business building I have come to realise that the martial mind skills that underpin the phenomenal art of Aikido can also have wide application and a very profound effect on business.   They also form the basis of Business Mind.

Aikido is known the world over as the art of peace.  Its popularity is soaring because it is a defensive art that can be used by anyone and everyone because it doesn’t rely on size, or physical strength.

Aikido is as important as Sun Tzu’s ‘The Art of War’ as an Eastern martial philosophy with instant appeal and widespread application in Western business.

Indeed, Sun Tzu’s Art of War strategies were designed to win without the need to fight.  However, his strategies were largely devoid of moral considerations as is often the case in war.  This is not surprising given that they were written in a feudal age where life was cheap.

Aikido, the art of peace, is built upon a foundation of moral considerations; such as valuing life and taking care of those who seek to do us harm.  Furthermore, Aikido provides more than just strategies.  It develops the mindset for peace, in the form of the non-fighting mind.

This is Business Mind’.  It is achieved through the application of the Japanese principles of Ai-ki.  It is a strange sounding concept that means harmony (ai) with the universal energy (ki); the life-giving energy that invisibly connects all people and all things.

I will reveal the secrets of a powerful business mind in my coming business building blogs.  Meanwhile, check out my Aikido Secrets blog at http://www.aikido-secrets–to-calm-success.com