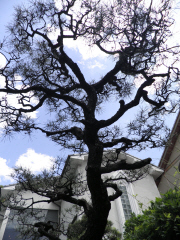 As you are aware I am a business coach and financial planner.  In the course of any ordinary day at the office, I talk to people about ways to make money.  In doing so, I see a wide variety of attitudes towards money and some very poor money mindsets.

In my experience, the majority of people have an unbalanced view of money.  It doesn’t seem to matter whether people have money or don’t have money people have a tendency to focus on money as an end, not a means.  From there, many undesirable money behaviours can ensue!

An attitude of concern among younger people is the attitude of ‘I want it too, and I want it now’.  It means that people are increasingly choosing debt over wealth creation because it is the path of least resistance and instant gratification.

Money is simply currency for trade.  It is the societal glue that makes buying and selling easier.  It means we walk around with a wallet or purse instead of a herd of cattle and goats to trade.

The amount of money you have or don’t have is entirely a function of what is going on inside your head.   The solution of abundance and wealth begins in your mind, as does the perception of lack.  Neither is luck nor is it the result of great mysterious forces at work.

To be continued next time!

If you want to read more about ways to make money and the money mindset,