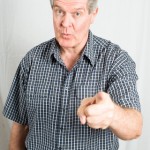 When I first read bullying story, I was gobsmacked.   This is hard to top!

“This is about a sociopathic office bully called Colin.   Affectionately known as ‘Col’ by his legion of enemies, Colin was a senior manager in a prominent service company who could be best described as a boorish and obnoxious pig.   When introduced to a new employee, he would simply look up from his desk and tell the new incumbent to “get f***ked”.  Nothing more!  Colin thought accessing private information and calling an employee’s home phone at 2.30am to ask the whereabouts of a file was hilariously funny.   He would then proceed to harass and bully the sleepless employee next day.

Fat and balding, and obviously with a house full of concave mirrors, Colin also fancied himself as a lady’s man.  To make him look tougher and more rugged, he rode a Harley Davidson bike.   To complete the delusional self image, he strongly hinted at being a Vietnam veteran even though he is too young by a decade. But undeterred, he would phone a male employee’s home at what he thought was bedtime for the express purpose of chatting socially with the employee’s wife.  Does he remind you of the loser would-be spy from the Arnold Schwarzenegger movie ‘True Lies’?”

Keep sending them in!

Practicing the art of business Is your business bigger than you?
Scroll to top