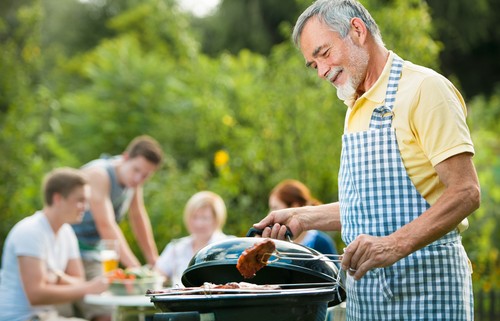 If you like the safe feeling of keeping your retirement nest-egg close to you, then you are not alone. There are many people who also want to control their own wealth in their own way.

Some like the feel of cash, while others prefer to invest in tangible bricks and mortar. Then there are those who are avid DIY share market enthusiasts.

People are heading towards Self-Managed Superannuation in numbers. With the scars of the global financial crisis (GFC) still fresh, there is a growing desire to become ‘Master of own Destiny’ when it comes to wealth and retirement building.

For many, it is a comforting and safe feeling to have superannuation under close control, even if it stays in cash. I don’t think many would seriously argue that they are better investment managers than the professionals, but then nobody has the same level of care and invested emotion in one person’s retirement as the individual retiree in question does.

For several people, switching to SMSF is also the opportunity to leave managed funds behind, together with inherent investment risk and the association with advisor commissions. And I can understand why.

After many discussions with clients, I would rank the following as their most common perceptions of managed fund-based super:

You start a new job and get what you’re given.

Often, there is only a limited number of one-fund investment choices.

They are often accessed through platforms with confusing layers of fees.

There is widespread unawareness of the risks until it is too late.

Unseen faces are ultimately in control of members’ retirement benefits.

There is a strong association with advisor commissions even through a downturn. Even after recent banning, grandfathering provisions mean that there are a lot of funds still paying commissions to advisors.

Personally, I am a fan of managed funds because I know them and understand them. Even so, there is still widespread exposure to risk and, in my experience the majority of people in or near retirement are generally risk-averse. They simply can’t afford to lose their capital because, after ceasing work, they have no means to replace it.

Older Australians I speak to generally want safety and certainty when it comes to their retirement savings. The mainstream superannuation system is not set up to deliver that, so risk-averse people feel they are left with little choice but to take matters into their own hands.

Very few make the move to an SMSF because they have a burning desire to be a superannuation trustee. They view that responsibility as the price to be paid for total control over their own money.

Most retirees I talk to agree that they need some growth in the capital base that underlies their super and pension, but they don’t necessarily see managed funds as the way to achieve it.

So I think this is an insight into why we see so many SMSFs where members hold the majority of their funds in cash and term deposits and purchase a relatively small number of direct shares. It’s all about safety, certainty and control.

Financial Advice or Smoke and Mirrors?
Scroll to top