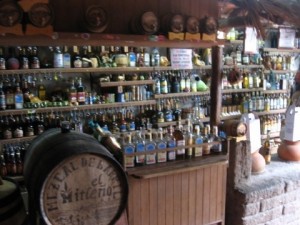 Whether people realise it or not, everyone competes!  It is just part of life.

In more fortunate societies where the basics of survival are taken for granted, we compete to be as good as the next person.  We compete to keep up with the Jones’s.  We compete for approval, promotion, and recognition.

Money is merely the lubricant that oils the social gears!

In our endless quest to rise to top of the social heap, or at least to get off the bottom of it, we compete in the social hierarchy.   Often we are not competing with anyone in particular.  We are mostly jockeying for position.

When we leave the parent’s nest, we compete because there is expectation to do well.  Parents and spouse expect it.  They expect that the basics of a reasonable Western lifestyle will be taken care of.  That means competing for a good job to earn money to buy lifestyle assets.

At the minimum, people want to look the same, be the same, have the same, and provide the same chance to their offspring as everyone else.  If one is to stand out from the crowd, it’s the norm that it should be for being smart, rich or successful.  It shouldn’t be for embracing abject poverty and failure!

Nevertheless, if it comes down to a ‘them or us’ choice, most will take the opportunity to climb upwards at the expense of someone else slipping down – every time!

It is this human competition in everyday life that generates business sales!  As I have said before, when it comes to competition in business, it’s the customers who compete to buy.  It’s the smart traders who allow them to do so.

Smart traders who understand business building also understand the human buying process and the underlying emotions that drive it.  They simply signpost the path to buying and remove every obstacle and roadblock along the way.

For more reading on business building check out the Paradox of Money on my Aikido Secrets site.