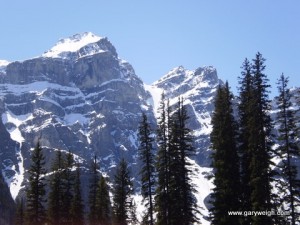 Once upon a time there was a successful sports car designer who had a weekender in the mountains and a sleek Maserati for the ride. Whenever he could take a break from his business, he would recharge in his mountain retreat. He drove the twisting road, pot holed in patches and unguarded in sections. He never worried though. He relished the drive. After all he had a great car, he was an excellent driver, and he knew that road like the back of his hand.

One summery morning he was driving to his weekender, invigorated by the mountain air breezing into his face. He approached one of his favourite hairpin bends he slowed, shifted gears, and braked.  And then like a bolt from the blue, hurtling around that bend spun a car almost out of control! It lurched menacingly into his lane.

Grief, he thought, it’s going to hit me for sure! The oncoming car swerved again, but at the last moment swung back into its own lane.  As it passed by him a woman stuck her head out of her car window and screamed at him, “PIG!”

Incensed at her gall, he blasted the horn and bellowed back “YOU ….. SOW!”

“I was in my lane! She was driving like a lunatic. Should be put away” he muttered indignantly. And self-satisfied he mused “at least she didn’t get away without me putting her in her place!”

And with that, he put his foot down, accelerated around that bend   ………. and ran right into the pig! [1]

What does this story tell us about conflict in business building relationships? We often react, urged unthinkingly by that primitive and irrational part of the brain, known as the limbic system.  We can become emotionally charged,  one-eyed and closed minded, assuming the worst in others, blaming everyone but ourselves, wasting energy, distracting attention, souring  business building relationships, and costing us financially.

YOU NEED TO READ THIS! Lucifer’s Business building strategy
Scroll to top