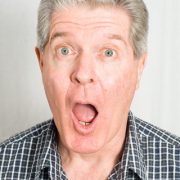 Most people now have the option to do it themselves or to supplement an existing salary sacrifice arrangement if they want to.  Although some superannuation members may be ineligible (i.e. those in untaxed funds and defined benefit funds), most age-eligible income earners can now control their own salary sacrifice into superannuation independently of an employer, and receive a tax deduction for doing so.

Ultimately, the tax treatment in both cases is the same.   Any difference between the amount of tax withheld by an employer and the amount of income tax an employee ultimately pays after making a personal deductible contribution can be reconciled in the employee’s tax return.  Alternatively, employees can also apply for a variation to PAYG withholding tax on wages and salaries to take into account the tax deductible personal contributions they intend to make.

This change is designed to encourage more people to make extra contributions over and above the 9.5% Superannuation Guarantee minimum and thereby make the most of their $25,000 concessional (pre-tax) contribution cap.

It is a good solution for people whose employers don’t allow salary sacrifice; and it also provides flexibility to those who do, and those who aren’t sure in advance whether or not they will have money available during the year for an additional pre-tax contribution.

It is also good news for part-time employees who are also self-employed because the ‘10% or less employee income’ restriction has now been abolished, so the amount of employment income earned by a self-employed person has become irrelevant.

It also benefits someone under the age of 65, whether working or not, who receives gross (untaxed) income from the sale of an investment.  A personal deductible contribution can be made into super bearing in mind the $25,000 concessional cap.  The personal tax deduction claimed will help lessen the effect of any capital gain.

To claim a tax deduction for a personal contribution, a valid ‘notice of intention to claim a deduction’ must be submitted to the relevant super fund on the correct form and, in turn an acknowledgement in writing must be received back from the fund.   At that point, the contribution will be treated by the super fund as a concessional contribution and taxed at 15% and reported to the Tax Office accordingly.  The notice of intention must be provided before the employee submits their tax return and no later than 30 June of the following tax year. The notice should also be provided before a payment from the super account is requested (including a cash withdrawal, rollover or transfer to a pension).

Whilst the government has not been kind in reducing the contribution caps this financial year, it has also removed some salary sacrifice roadblocks and opened the way with a tax incentive for all workers to contribute more pre-tax dollars into super.

The purpose of this article is to keep you informed of new developments.  It should not be interpreted in any way as personal advice.  Before taking any action you should seek out personal advice based on your individual situation and personal goals.  You are welcome to call me direct on 0408 756 531.