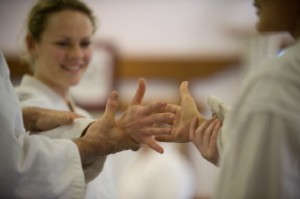 In a recent blog article, It’s ok to be emotional,  I talked about the issue of bringing emotions to work and how it is generally frowned upon in traditional work places.

In a series of follow up articles, I would like to explore this issue a little deeper.

The fact is that business owners, managers and employees all bring their emotions to work.  Like it or not, human emotions are here to stay as long as business is based on human interaction.

What is not widely appreciated is that the human emotions many bosses want banished from the work place can actually be the foundation of good business interaction.  The secret lies in understanding it and self managing it.

As I pointed out in my previous article, Emotional Intelligence (EI) Researchers have found a direct correlation between high EI and effective leadership, team success and employee performance.

Emotional Intelligence is an awareness of one’s own and others’ emotions and the ability to control those emotions and influence the emotions of others.  Those who have high levels of emotional intelligence are generally happier with them selves and suffer less stress.

I would like to introduce a new concept to the discussion of emotional business interactions.  It is called Aiki-emotional management and its principles are derived from the art of Aikido.

Aikido is a Japanese martial art whose origins can be traced back to the feudal era of the Samurai.  It is a purely defensive martial art that has an inbuilt care for the wellbeing of the attacker.  Although it can be dangerous and even lethal, it is not a fighting art.  It is known throughout the world as the art of peace.

Care must always be taken with the absolute meanings of words which have been derived from symbols, in this case Chinese and Japanese kanji, because they represent ideas rather than literal translations of the components.

Nevertheless, the principle of ‘Aiki’ describes an idea of oneness and harmony in the midst of conflict.  In aikido, it describes the notion of blending rather than clashing.

One of the secrets of Aikido is that it requires a completely calm mind and relaxed body to execute it.  Size, strength and speed of an opponent don’t matter in the slightest because force is never met with force.

The idea of oneness also includes oneness of the self.  The coordination of mind and body and making positive human connections through the extension of ‘Ki’ energy are central to the art.

Aikido is all about balance, timing, movement and self control.  The energy of another is welcomed, co-joined and redirected, usually to the ground or to immobilization.  To deliberately injure another person in anything other than the most dire and extreme circumstances, is considered a failure.

There are no competitions in Aikido, only regular practice.  It is often referred to as an internal art because it is considered to be a personal journey of learning whose principles have wide application in everyday life.

In the next article, I will continue this blog journey of applying the hidden principles of Aikido to the emotional human being at work.

For more reading about Aikido and its many secrets, visit my other blog at http://www.aikido-secrets-to-calm-success.com

If you are starting your own business or even considering it, you should read my book “Recession Riches and wealth” Go to the recession riches and wealth page on this blog.