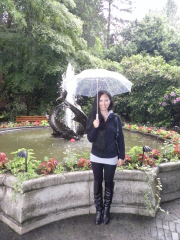 If you are looking for a business building tip in Brisbane, don’t bet on the weather or politicians!

This is the story of Godfrey.  Godfrey is a very intelligent and entrepreneurial business man who saw an opportunity a few years ago.

A few years ago, Queensland, Australia’s north eastern sub tropical State, was headed for a drought.  The El Nino weather pattern had been forecast for some time.  Godfrey decided that in the face of drought, Queenslanders would need access to water.  So he decided to go into the business of manufacturing and selling water tanks in Queensland.

Knowing very little about the technical aspects of plastics molding, he bought a share of an extruded plastics business which then ceased selling its traditional plastics product line and ordered the construction of several large water tank molds.

His timing was excellent.  As higher and higher water restrictions were imposed in Queensland, both the State Government and Federal Government offered attractive subsidies for residents to purchase water tanks.

Instantly, residential water tank sales went ballistic!   Residents were effectively being paid by the government to purchase water tanks and store their own water.  Soon there were countless manufacturers and importers entering the market as demand outstripped supply.

Then it rained and soon after, the State Government changed the subsidy rules and later announced the phase out of the subsidies all together.  Tank installation rules changed and residential sales plummeted by 70% overnight and the demand for tanks quickly dwindled.

By this time Godfrey had made a significant investment in manufacturing assets, gearing up to meet growing demand.  When demand disappeared almost overnight, he was facing some serious survival problems.

So what really happened?  Godfrey rode the wave of success on the back of a change in government legislation.  It was also the reversion of that subsidy legislation that killed off consumer demand.

His business was built on the whims of politicians; a very dangerous strategy indeed.  The demand for water tanks hadn’t fundamentally changed.  The reality was that the government was giving money away.  When they stopped, the market returned to its previous state, except there were now far too many suppliers.

Five years on, the El Nino weather pattern has been replaced by the la Nina weather pattern.  Dam storage capacity has risen from a low 17% to a peak of 200% and widespread flooding has replaced drought.

A business building tip in Brisbane? – be careful betting on the certainty of the weather and politicians!