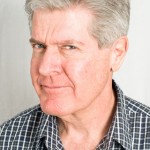 For most people, divorce is an unpleasant experience.  However, it pays to be cooperative in the process.  The more acrimonious a divorce is, the more expensive it tends to be.

Divorce is a direct path to the poorhouse for many as the same income has to support two households instead of one.  It is often an exercise in survival.

An equitable divorce must be planned if both parties are to achieve a fair result.  So it pays to start planning the finances during the divorce, not after.

Most assets are capable of being split, including superannuation.  Often, both parties are willing to sell the former family home as a means of emotionally moving on.  However, the one asset that can present difficulty is a business.

Selling a business in a depressed economic environment at a fire sale price could be financially disastrous.   Rearranging ownership and perhaps the departure of one working spouse from the business could have a negative effect on its ongoing performance.

I have seen owners of solo service businesses all but shut down their businesses during a divorce, in an attempt to render it worthless.  It is such a shame and subsequent recovery and business building is difficult.  Besides, the aim should be to maximise marital assets, not minimise them.

Instead of muddling or fighting your way through a divorce, think about keeping a ‘cool head’ and doing some ‘smart planning’ with good financial advice.